but mainly it´s a small tribute to a team who have been working exceptionally hard and really shifted up a gear in this last year and a half.

The image below shows all new cars and tracks released since may 2015, from the end of Stock Car Extreme into the release of AMS, and finally moving into AMS DLCs:

A total of 13 new venues along with 20 car models for 14 series have been released over a period of 18 months. That in itself is notable, even more so if you consider that in the same timespan all old content was updated to keep up with newer standards and include all latest features - a total of 27 series and 38 tracks which currently features in AMS.

It´s easy to underestimate the workload involved in delivering all this - if you´re on the other end waiting for stuff to materialise, it probably doesn´t feel very fast at all

make no mistake though, this would be substantial output even for a bigger team with bigger budget than ourselves, so there´s a feeling of mission accomplished in delivering on what has been a very aggressive plan. Beyond the sheer volume, there´s also satisfaction from the fact that quality standards have not only been retained but upgraded, and older content has not been left to become too outdated relative to the newer stuff, so the sim remains as consistent as possible no matter what and where you´re racing.

We´re not going on vacation just yet though - in fact we´re still still pushing hard not only with new content but also towards several significant new features and general improvements all across the sim - there are some exciting things already in the works with others being evaluated, but with development being what it is and known to throw some curve balls on occasion we´ll refrain from jumping the gun and push to cover a bit more ground before we confirm stuff. If you´re a Reiza Member though you may not only have a glance of what we´re aiming for, but help influence the development path in this Reiza 51 poll.

We´ve got one, possibly two updates to be delivered over the course of this month, with v1.15 scheduled for November 15th.

One important note regarding this update: @gongo has been working on integration with the latest Logitech drivers to better support G29 and G920. This however will require all users on Logitech wheels to upgrade to their latest software - even those running older models like G25 or G27, so those running Logitech gear please be advised to upgrade in time for v1.15 release. 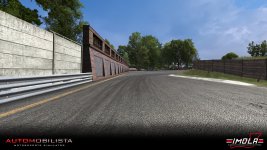 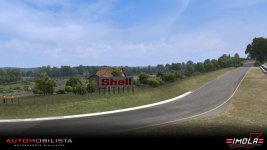 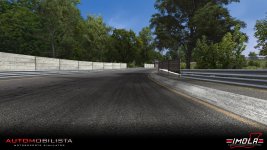 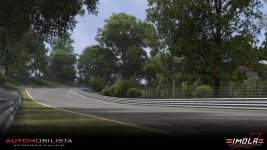 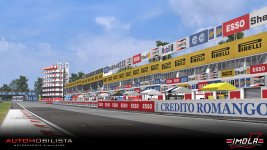 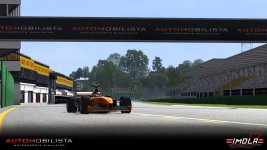 Before the end of november or at the latest early on december, we´re pushing to wrap another pack: 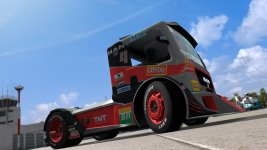 For those of you keeping track of AMS development, it will come as no surprise that the trucks from Formula Truck are bound to come to Automobilista - fully revamped and featuring new custom rules and functionalities.

The good news is that we´re very close to finalizing a new deal with Formula Truck series, which would allow us to officially release the complete, fully branded series (not just the trucks) for AMS. That would in turn open up the possibility of expanding this pack to include the latest season in a future update.

One way or another, to begin with we´ll be releasing the Trucks from 2013 after Imola - the pack will also sell for US$ 5.99. As previously announced, this DLC will be free to those that already own Formula Truck on Steam (if you own the non-Steam copy make sure to retrieve your Steam key for it here).

Always worth reminding also that those who took part in last year´s crowdfunding campaign on any level, acquired our Membership pack or bought the Season Pass on Steam have already secured these and all the other DLC packs to come to AMS.

And what´s next after the Trucks I hear you ask? That´s subject for our next update