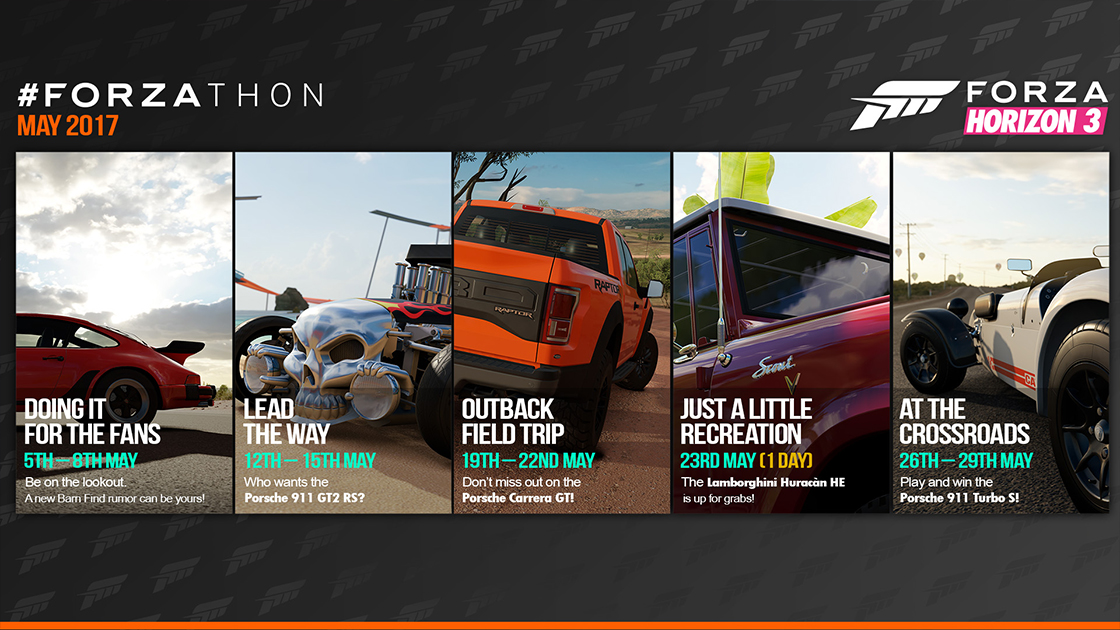 Da hat man immer was zu tun am Wochenende.
U

Expanded Driving Wheel Support
With the most recent update of Windows 10, Windows Creators Edition, we have expanded our list of officially supported steering wheels for PC. The full list of newly supported wheels:

Improved CPU Performance
We have observed that a large portion of players are CPU limited when trying to run Forza Horizon 3 at high frame rates, including locked 60 FPS and unlocked. By analyzing telemetry, we have developed targeted optimizations for this group of affected players by increasing the number of concurrent threads used by the render architecture. We have taken further advantage of DX12 capabilities to allow the visuals to be processed out of order during the frame, in order to reduce synchronization stalls and decrease CPU execution duration. These changes result in a significant CPU performance gain on High or Ultra settings when running on PCs of Recommended spec or better.

Updated Thread Model
We have updated our threading affinity model to make better use of all available cores. Along with this change, we have added a new graphics option to disable the new model, should you prefer. This option can be found in the Video Settings menu under “Threaded Optimization”.

More Graphical Options
We have also added some additional graphical options to improve framerate for those playing on lower specification PCs. These include:

These are combined with some existing options to create a new “Very Low” preset that can be used with dynamic optimization.

Updated Minimum Specification
Along with the performance improvements coming with this release, we are lowering the minimum specification to reduce the CPU requirement and the NVIDIA GPU requirement.